Warning: This article is for web developers. If you are not a web developer, you may suffer from extreme boredom. Proceed with caution.

Some web users always type in www.sitename.com and some just go straight for the sitename.com. I am in this second group. I don't like to waste time. The first group is shrinking, but still exists, so it's important to know how these requests effect your page ranking.

What some people don't know is that search engines see the two different addresses as separate websites, because http://www.sitename.com is technically a subdomain of http://sitename.com. So indexing occurs twice, and different page rankings are calculated for the traffic driven to each 'separate site'.

This can hurt your page rank by splitting your significance factor potentially in half.

So a really good idea is to use a redirect technique to force all the traffic to one or the other.

Some people recommend sending all the traffic to www.sitename.com because it looks more commercial and is sometimes recognized a slightly more significant by search engines.

But I just like the straight http://sitename.com better. I feel that quicker and easier is better, especially when we're talking about easier to remember my name and get to my site!

So I chose to use the mod_rewrite rule by means of my .htaccess file in my server's root directory.

For most sites, one simply needs to create a file named .htaccess and put the in following:

This forces all traffic to the non-www version: http://sitename.com. To do the opposite, and force traffic to go to http://www.sitename.com, do the following instead:

Since I use Joomla for my website, I used a slightly different procedure. There is already a .htaccess file in effect, that uses some other mod_rewrite rules for security purposes. So I pulled it up and edited it in the following way.

I ADDED THESE LINES 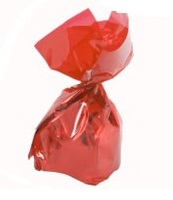